This collaboration features the Zip4mation Pac, which consists of the: “Tiger Palm Camo” pattern styled on a soccer jersey and New Era snap back hat. In addition, the line also pays homage to the Zippy’s famous bento, the Zip Pac®, with a t-shirt (red and black), lapel pin and sticker pack.

The official drop date for the Zip4mation Pac collection will be from October 12 while supplies last, and will be available for online purchase at zippys.com and at In4mation® stores (Nuuanu and Ala Moana).

When given the chance to order anything on the Zippy’s menu, In4mation Co-Founder Jun Jo will take the Zip Min®. It’s not surprising that he orders a bowl of noodles considering that he earned two JPSA Grand Surfing Championships and spent years competing in the Land of the Rising Sun. Despite traveling the world as a pro surfer for over two decades, Jun is a local boy through and through. Like many globe-trotting Hawaii residents, right after he gets off of the plane at Daniel K. Inouye International Airport it’s next stop Zippy’s.

We caught up with Jun Jo over lunch to talk about the Zip4mation Pac and how Zippy’s and In4mation are “Hawaii Originals.” Read:

Zippy’s: Why did In4mation want to collaborate with Zippy’s?

Zippy’s is something we all grew up with. It’s like when you say Zippy’s, you feel like you’re saying Hawaii in the same sentence. With in4mation, we wanted to do projects with people and brands that we felt an attraction to. Someone we respected. Something that we really loved. It felt like the Zippy’s collaboration was always so far away from ever even happening. So, for this to happen, is kind of a crazy thing for our brand and everyone involved in our brand.

What is the thought behind the “Hawaii Originals” concept?

Zippy’s and In4mation are both brands that were leaders in their respective businesses. Zippy’s was one of the Hawaii Originals of the type of food, plate lunches and chili. I mean, everything about Zippy’s is a Hawaii original. And we feel it’s the same with In4mation®, where we were the originators of streetwear in Hawaii. The first ones to do it in Hawaii. So it’s just something that feels right.

Why is Zippy’s the first place you like to go after you get back to Hawaii from a trip?

For you, what is the most exciting part of the Zip4mation Pac?

For us, the most exciting thing is having our logo and our camouflage pattern on the cup. To be on a Zippy’s cup is the biggest thing ever for our brand, for sure. The exposure for In4mation, I mean, it’s gonna be in every Zippy’s so, we’re over the moon!

That is rad! What is the inspiration behind In4mation’s camo print?

The official name of our camouflage print is the, “Tiger Palm Camo.” It’s something new, and something old that has a taste of Hawaii in it. It’s a modern camouflage pattern and of course a palm integrated into it. It’s something we’re really excited about, and this is a great opportunity to introduce it. 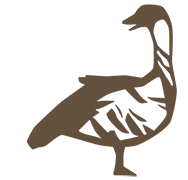 CLICK HERE for updates to Zippy's response to COVID-19.